Scott Riopelle’s gritty background growing up in Detroit prepared him to become one of Colorado’s most successful roofing contractors over the past decade.

Coming from a Motor City family committed to the automobile industry, Riopelle broke away from tradition when he moved to the Rockies. He has since established Interstate Roofing, a company near the top of Roofing Contractor’s 2011 Top 100 list.

“I battled my demons and found a way to become successful,” said Riopelle, owner of Interstate Roofing. “I went from not knowing anything about roofing to becoming a $30 million a year business. But it’s been a lot of hard work.”

Interstate Roofing was founded in 1994 in Denver as a small to mid-sized local company with a focus on residential service.

By 2008 the company expanded its services and recruited some of the best employees in the industry, while branching out into commercial work and new markets.

Scott Riopelle grew up in Taylor, Mich., a suburb south of Detroit. His mother and stepfather worked in the auto industry until they were forced to retire in 2009.

“Shortly thereafter they both died in a tragic accident, during one of Colorado’s largest hailstorms.” said Riopelle. The company was able to pull together to help Riopelle get through this tough time, and still be one of the top roofing companies in 2009.

Before he established his company, he became part of a family tradition by working in an automobile factory. “In the 90s when the economy was booming in Detroit I was making money at GM (General Motors) hand-over-fist,” he said. “But I wanted something more than working in a car factory like my family did for so many years.”

After just 89 days on the assembly line, Riopelle quit his high-paying job and set his sights on the Rockies.

“With a little money in my pocket, I packed up the Grand Prix and headed west to Colorado,” said Riopelle. “I was just 24 years old.”

Riopelle said he met a friend who was in the roofing industry and learned the business day-by-day. He slept on his friend’s apartment floor on an air mattress and woke up each day motivated to learn the roofing business and become successful.

“I was not a roofer by any means,” he said. “But after a few years learning the business I purchased my own company (Interstate Roofing).”

Riopelle found out right away that there were some essentials things he needed to do to be a success in the industry.

Interstate Roofing owner Scott Riopelle shakes the hand of a customer after a recent project was completed. “You have to have good ethics; good people working for you; a good support system; and take advice,” Riopelle said. “I take advice from good people. I listen.”

He looks back at how his life changed after leaving Michigan and realizes not many people have the opportunity to leave their home state for a new life.

“You know, it never occurred to me that out of my upbringing in Detroit that I would become a successful business owner,” he said. “I love Michigan. I love Detroit. I go back to see my family, to go fishing.”

Instead of making cars in Detroit, Riopelle now motivates his sales team and recruits good people to be part of his team at Interstate Roofing. “As a result I am now able to send money home to my family in Detroit and help them to become successful as well,” Riopelle said. “I’ll never forget my roots.”
INTERSTATE ROOFING EVOLVES

While Interstate retains a strong focus on sales and marketing, the company also makes it a priority to participate and give back to the communities in which it works.

“We donate regularly and support many local charities,” Riopelle said. “One thing we do is annually provide free roofs to projects like Habitat for Humanity.”

Interstate Roofing was also one of the first members of the Owens Corning Recycling Plants.

“Rather than fill the Colorado landfills with shingles we are able to recycle them,” Riopelle said. “Recycled shingles are made into asphalt used to pave roads.”

Interstate Roofing is a small to mid-sized local company with a focus on residential service. Commercial Roofing

It is important to have good people in place at any roofing company, which is a philosophy that Riopelle adopted at Interstate Roofing.

For starters, Dustin Divitto, Interstate Roofing General Manager for South Colorado, is one of his top managers.

“Dustin helped show me another way of roofing sales,” Riopelle said. “You have to have good people; you have to pay them well.”

Riopelle said the addition of Terry Grisby and Mark Langkamp allowed the company to open the doors to its Commercial Roofing Division in 2009.

“We also continue to use high-end, sustainable lifetime products,” he said.

“The house had been hit by lighting, driving a hole through the roof, as well as receiving extensive hail and wind damage,” Simpkin said. “The homeowner called in an insurance claim and was given only half of what it would take to repair the damage.”

Simpkin advocated on behalf of the customer until the insurance company agreed to pay them what was fair to fix the damage to their home.

“Every project is special to us, in that we do believe in consumer advocacy,” Riopelle said. “While this is a business, we are proud of our ability to help our homeowners understand their policies and receive just compensation to restore their home to its original condition.”

A down economy has not deterred Interstate Roofing from achieving its goals.

“We have continued to grow because of our willingness to change and learn,” Riopelle said. “We have shed outdated business modules and ideas and are finding new ways to diversifying our business in a down economy.

For example, instead of laying people off during tough times, Interstate Roofing is recruiting “the best and brightest in the industry from all over the country.”

“Rather than waiting for an upturn, we are sending our staff to conventions and seminars, like Roofing Contractor’s Best of Success conference, to learn the latest changes in the industry,” Riopelle said. “We believe in continuing to be a progressive and dynamic company. This is not an economic market where you can afford to sit and wait for the phone to ring.”

Riopelle, who has a 6-month-old and will be getting married later this year, said, “the future is bright for Interstate Roofing.”

“We have an amazing staff across the board,” he said, noting that General Manager Tracy Schram is a certified adjuster with a strong background in roofing material and supply.

“In his spare time he races the Interstate sponsored motorcycle at races across the state,” Riopelle said.

Production Manager John Quante has over 30 years of experience in roofing application and business, while Francesca Reed along with the office staff are considered the “backbone” of the company.

“We hold weekly sales meetings where the sales staff learns not only from the management team but from each other,” Riopelle said. “There is a great team atmosphere where salesman are not pitted against each other but help one another to become better.”

“All of our roofers and production managers are OSHA certified,” Riopelle noted. “It’s important to have structure in a company, and I believe we’ve done that very well.

I have surrounded myself with good people, and I pay them very well. It’s not fun being on top by yourself.” 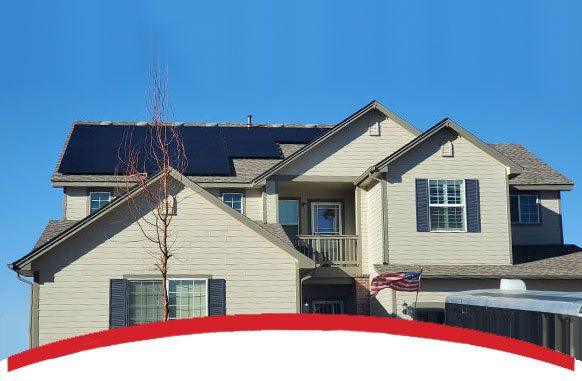 Fill out my online form.
We use cookies on our website to give you the most relevant experience by remembering your preferences and repeat visits. By clicking “Accept All”, you consent to the use of ALL the cookies. However, you may visit "Cookie Settings" to provide a controlled consent.
Cookie SettingsAccept All
Manage consent

This website uses cookies to improve your experience while you navigate through the website. Out of these, the cookies that are categorized as necessary are stored on your browser as they are essential for the working of basic functionalities of the website. We also use third-party cookies that help us analyze and understand how you use this website. These cookies will be stored in your browser only with your consent. You also have the option to opt-out of these cookies. But opting out of some of these cookies may affect your browsing experience.
Necessary Always Enabled
Necessary cookies are absolutely essential for the website to function properly. These cookies ensure basic functionalities and security features of the website, anonymously.
Functional
Functional cookies help to perform certain functionalities like sharing the content of the website on social media platforms, collect feedbacks, and other third-party features.
Performance
Performance cookies are used to understand and analyze the key performance indexes of the website which helps in delivering a better user experience for the visitors.
Analytics
Analytical cookies are used to understand how visitors interact with the website. These cookies help provide information on metrics the number of visitors, bounce rate, traffic source, etc.
Advertisement
Advertisement cookies are used to provide visitors with relevant ads and marketing campaigns. These cookies track visitors across websites and collect information to provide customized ads.
Others
Other uncategorized cookies are those that are being analyzed and have not been classified into a category as yet.
SAVE & ACCEPT